What is Dethatching? | How to Deal with Lawn Thatch

Thatch is a build-up of organic matter which forms a layer under the blades of grass but on top of the soil.

During the warmer seasons of Spring and Summer, the thatch is usually made up of runners, living and dead, as well as other organic matter such as leaves and lawn-clippings. In the cooler seasons, thatch is created from dead and dying organic matter.

Read on for why this can be a problem, and what to do about it.

Why is Thatch a problem?

Every lawn needs a layer of thatch, it helps insulate the root systems which keeps the water from evaporating and the roots from drying out. It also contributes to that nice spongy-soft lawn feeling, as well as preventing damage to the lawn.

However, when this healthy layer grows much too thick, the problems start. Mowing becomes more difficult and makes the lawn look bad by cutting away the nice green stalks and leaving a matted brown layer of thatch.

Water-deprivation also occurs as water becomes trapped on the surface and evaporates, without enough making it to the roots. Photosynthesis is also reduced when all the is left is the brown layer, reducing the lawns ability to produce food. Once this happens it becomes a vicious cycle as without proper food, the lawn can’t repair itself.

So what can you do to fix thatch problems?

The only thing to do once thatch becomes too thick is to remove it, either with careful mowing techniques, or vertimowing (de-thatching).

De-thatching is only possible for warmer season grasses, as the way it repairs itself after being vertimowed is from the runners in the thatch. Cooler season grasses will need a careful mowing schedule implemented to slowly return them back to health. In Perth we only use warm season grasses.

Detaching is the method of using a specialised mower to remove the buildup of thatch in your lawn.

It removes all the thatch by cutting it away from the lawn, using a row of vertical blades to thin out the thatch, which is then thrown away. This method of cutting also aerates the soil, prepping it for healthy new grass growth. Dethatching allows the roots and runners to stay in the soil, and after a wetting agent and fertiliser is applied, your lawn should be covered again in 3-4 weeks.

Immediately after dethatching your lawn will be brown and not looking it’s best. Don’t let this worry you though, it’s part of the process and will soon be a healthier, greener version of its previous self!

What if you have Buffalo lawn?

This variety is fairly common in Perth, but requires a slightly different method, as it lacks underground runners to re-grow from. Some contractors won’t carry out vertimowing with this variety of grass, but it is possible when done carefully and with the right method. Alternatively, the best way to cure thatch in Buffalo grass is using prevention, with a good mowing schedule year-round.

Proper lawn care – most importantly regular mowing – is the best way to ensure the continued health of your lawn, and a mowing schedule tailored to your lawn variety will prevent the buildup of thatch.

This won’t necessarily mean you never have to dethatch, but prevent the frequency as well as making it a manageable job when it comes time. Dethatching is an important part of any long-term lawn care program. 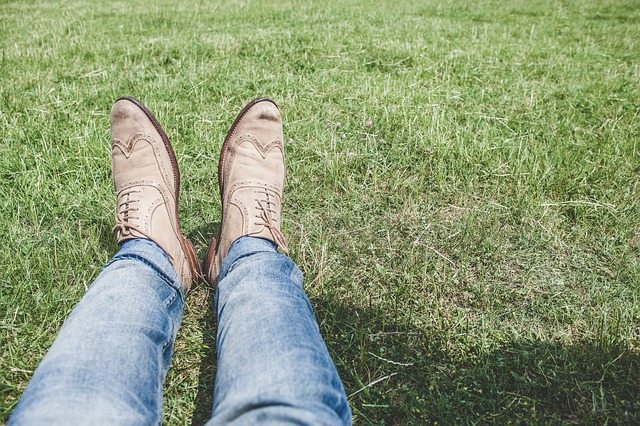 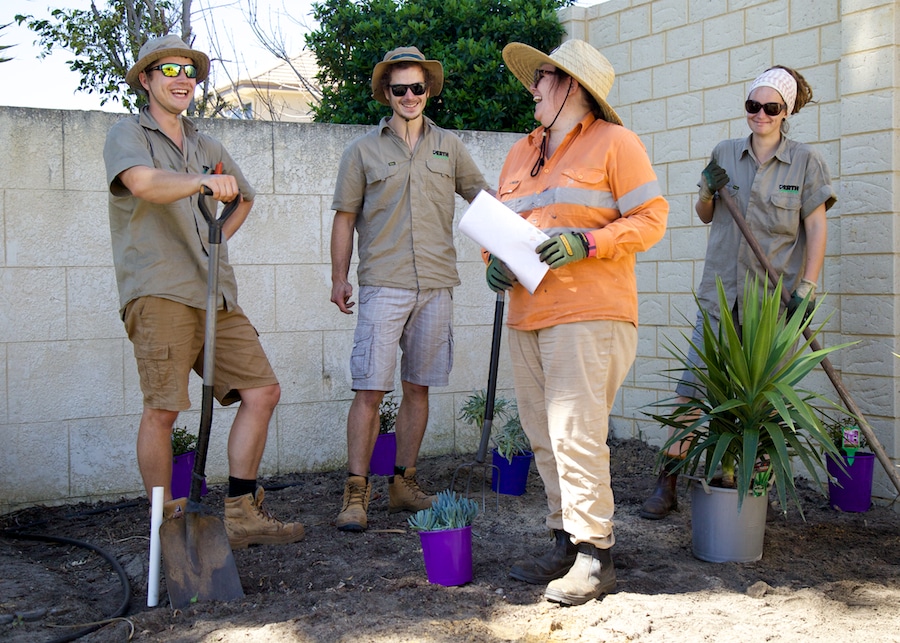 We can create a year-round lawn and garden care plan to keep your outdoors in it’s best possible condition in every season. This isn’t just great for the looks and health of your property, but takes that stress off you to maintain your section, as well as preventing larger problems cropping up in the future.

Talk to our team today – we are garden proud and want you to be too!

Read More of Our Gardening Blogs…

Winter Gardening Tips for Perth Gardens With the temperature dropping, many of the plants are...
Read More

Weeds are annoying and controlling their growth and spread in your lawns and gardens can be...
Read More

The ever popular, romantic roses can be intimidating to grow but in actual fact, they are quite...
Read More

June edible Garden tips June is starting to get colder and it doesn't really feel like the time to...
Read More

September is a busy month in the garden. Time to plant glorious summer salad ingredients and...
Read More

Regardless of whether you have some help to maintain your lawn and gardens, or you handle it all...
Read More

The Why’s and How’s of Fertilising your garden in Perth. Nature does an amazing job of...
Read More

Summer Gardening Care: Help Your Garden Through the Heat

Extremely high temperatures are a reality during summers in Australia, and it isn’t just people...
Read More

The last thing you will want to think about during the colder months is tending to your garden....
Read More

July Gardening Tips for Perth Gardens July sees us well and truly in the midst of the cooler...
Read More